Week 5 Summary
The 2015 General Session of the Utah State Legislature began on Monday, January 26.  Thank you so much for all of your support.  It is truly an honor to represent the great residents of District 33.  Just a few highlights from Week 5: 2015 Legislation This last week we continued the process of voting on non-budget bills.  Of course, you can always watch the new reports.  But the best way to track any legislation is at the Legislature's website at http://le.utah.gov.  Here are a few of the more interesting bills that were discussed this last week: Rep. Hall's Legislation I have several bills this session, here are a few: This bill requires local school boards to have their school board meetings within their geographical districts.   I became aware over this last summer that a school board had an official meeting at Snowbird Ski Resort, miles away from their constituents.  I believe school board meetings should be within the geographical boundaries of the district so constituents can easily participate. Two news reports - Here and here. This is a follow-up from a bill that I passed in 2013.  The goal of this bill is to make make sure that courts spread out jury service to as many people as possible.  This will help prevent the situation where some get called for jury service every six months, while others go decades without getting called for jury duty.  Passed 70-0 in the House and passed 28-0 in the Senate. Waiting for the Governor to sign. HB154 exempts a nursing mother from jury duty.  There are some judges that already dismiss nursing mothers from jury duty.  But there are others that do not.  This bill would make it mandatory.  Here's a great story regarding the bill. As it stands now, each political candidate is required to file a financial disclosure statement on August 31. The next report is not due until a week before election day.  The problem is that many voters receive their vote-by-mail ballot in early October.  This bill changes the filing date from August 31 to September 30.  That way, when vote-by-mail voters are voting, they have the most recent information from candidates, at the time when they are actually voting.  This is a good bill which increases transparency by political candidates. HB93 protects communities from unfair school district splits. It basically prohibits cities from cherry-picking its best tax base and creating its own school district, leaving their less affluent neighbors high and dry.  This bill will protect all families, students and taxpayers within District 33.  Here is a good news report regarding this bill: "In short, Hall is trying to take away the profit motive for splitting up a district and trying to avoid the creation of rich districts at the expense of poorer areas. . . . The plan will no doubt generate controversy, insomuch as any discussion of school district splits generate such discussions. But Hall should receive credit for approaching the issue from a different perspective that cuts to the core of education and education funding in the state." This bill proposes a change to the fine structure when political candidates fail to report their campaign donations on time.  The current structure excessively punishes late reporting for small contributions, compared to late reporting of large donations.  This bill will fine late reporting for both small and large contributions at the same rate (15%).    Medicaid / Healthy Utah Many of you have heard/read much in the news lately about Governor's medicaid plan called, "Healthy Utah."  Healthy Utah passed in the Senate this last week by a vote of 17-11.  The typical process is to then have the bill come to the House, and send it to a House committee for consideration.  If it passes a vote in the committee, then it would come to the floor of the House for debate and a vote.   As it stands right now, Healthy Utah does not appear to have sufficient support in the House.  For that reason, House leadership has made the decision to not let Healthy Utah go through the typical process. At this time, regardless of what one thinks of Healthy Utah, I believe Healthy Utah should receive its day in the legislative process.  I believe Healthy Utah should be assigned a committee hearing, and if it passes there, it should proceed on to the full floor of the House for debate.  If it doesn't pass, so be it. But at least it will have received full consideration, with open debate.  I have let House leadership know my preference about letting Healthy Utah go through the normal legislative process. It is difficult to predict what will happen on this issue between now and March 12 (the end of the legislative session).  At this time, the House, the Senate and the Governor's office are all communicating with each other, and I am hopeful and optimistic that we can find a good solution that will work for Utah.   I will keep you posted.  Thank you to everyone who has reached out to me about this topic. Town Hall Meetings! 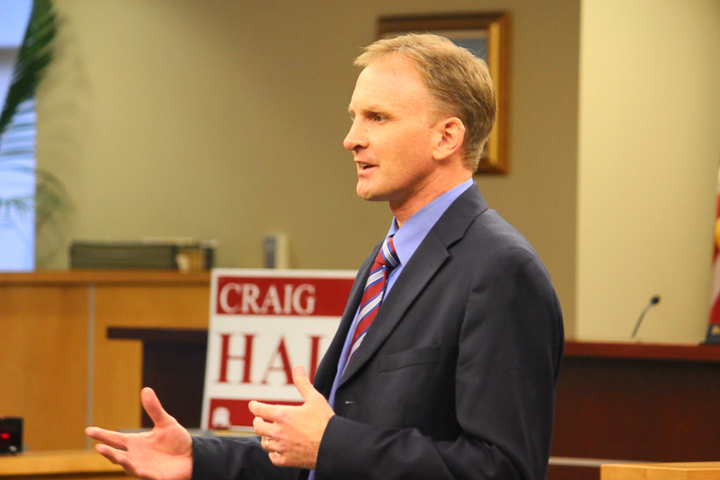 We had our third Town Hall meeting on Saturday, February 28.  Thanks to those who attended and asked great questions.  I greatly appreciate all of your thoughts and opinions.  Please return your survey! I have mailed a survey to constituents within District 33.  The answers you provide to these survey questions are invaluable.  Please, please, please fill it out and return! I am very interested in your perspectives. Your comments and thoughts are greatly appreciated.   If you didn't receive a copy of the survey, or have lost yours, you can take the survey online at: https://www.surveymonkey.com/s/RepresentativeHall Thank you so much. Visits to the Capitol One of our State's treasures is the State Capitol building.  And visiting during the legislative session is the best time of year to visit.  Lots of action happening every day.  I would love to give your family / school group / church group / etc. a behind-the-scenes tour of the State Capitol.  Give me a call/email and we'll make it happen. Here's a photo from constituents as they visited the Capitol this week: 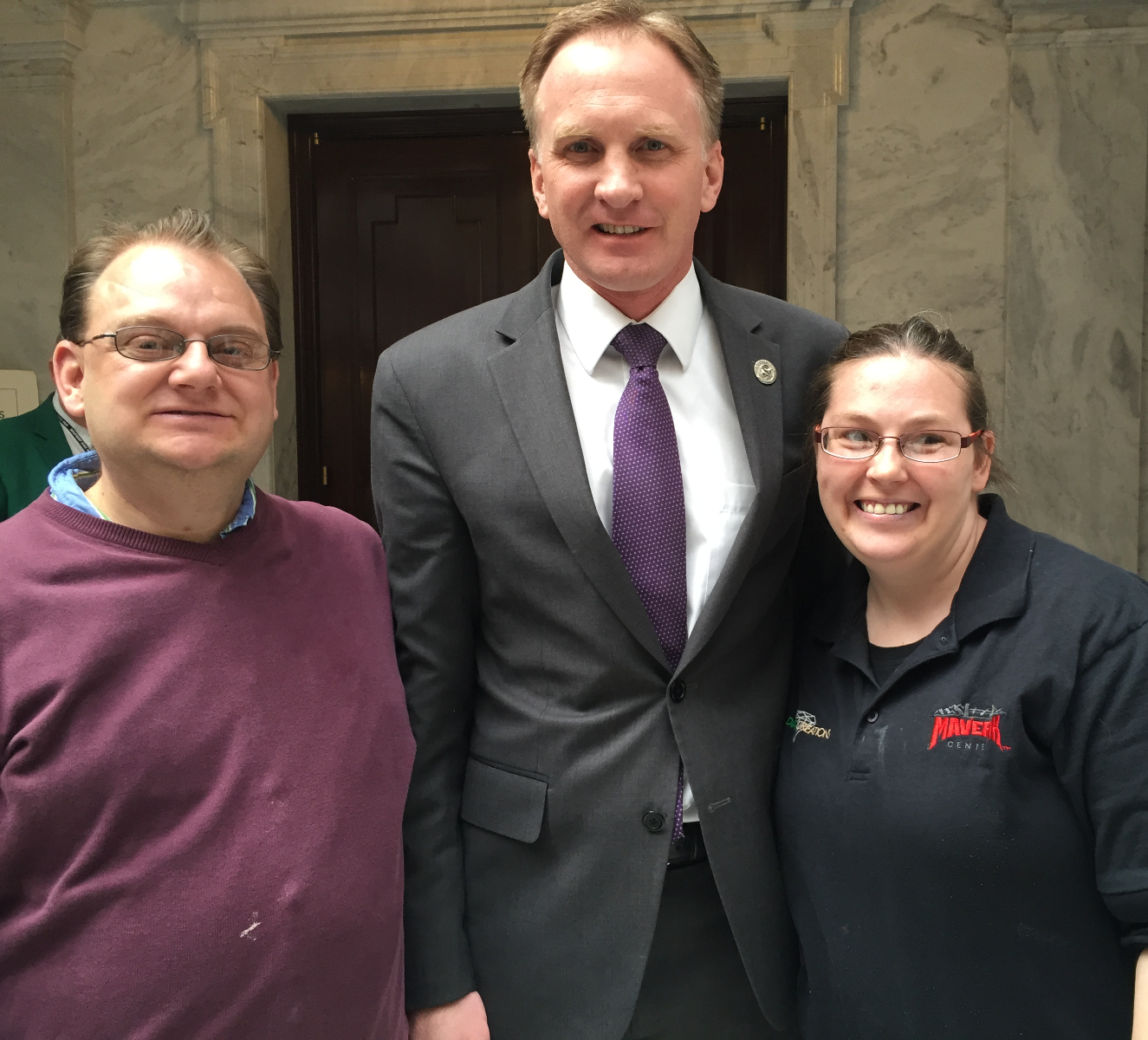 Ways to Contact Representative Hall I make a concerted effort to reach out to all of my constituents.  For that reason, I use as many different forms of communication as possible.  Most of you have received mail from me.  I also have frequent town hall meetings (more on that below).  You can follow me online at www.votecraighall.com.  For even more frequent updates, you can follow me on Facebook at www.facebook.com/votecraighall and/or on Twitter at www.twitter.com/hcraighall.  You are also welcome to call my cell phone anytime.  (801) 573-1774.  I will be in many meetings throughout the legislative session, so if I don't answer right away, feel free to leave me a message and I'll try to call back as soon as possible.  I will also be sending out regular updates via email.  Probably the quickest way to get ahold of me is by email.  My legislative email address is chall@le.utah.gov. Thanks for your support. Contact me anytime. Read all previous email newsletters here: http://bit.ly/YJCYy1 Representative Craig Hall
Paid for by the Committee to Elect Craig Hall
Powered by CampaignPartner.com - Political Websites
Close Menu